KIDS ARE SO FUNNY

Alison Morris posted this on facebook and I thought it was so funny I just had to share: 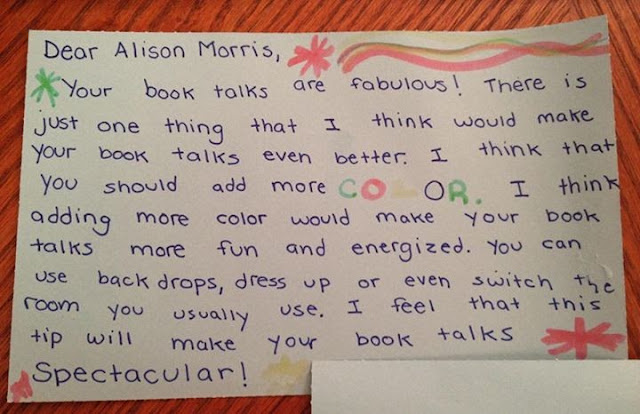 You know what I love about this? The fact that she made the letters for "COLOR" in different colors. She's showing by example! And she also added extra stars and some exclamation points to smooth over the criticism. Ha!

Posted by Meghan McCarthy at 12:32 PM No comments:

I have always been obsessed with buildings shaped as things. I remember going to the Enchanted Forrest when I was little and loved it. The child-sized amusement park had all sorts of buildings shaped as things like shoes, boats, etc. It's since been abandoned and I'll be posting photos of them on my photography blog (stay tuned).  I've also been obsessed with buildings shaped as objects thanks to Sendak's In the Night Kitchen. I loved looking (still do!) at all the cans and other items turned into sky scrapers. And then there was our family drive to Boston and we'd pass by the big milk bottle.

Anyway, I stumbled upon these historic photos and thought I'd post them. Long live buildings shaped as other things! 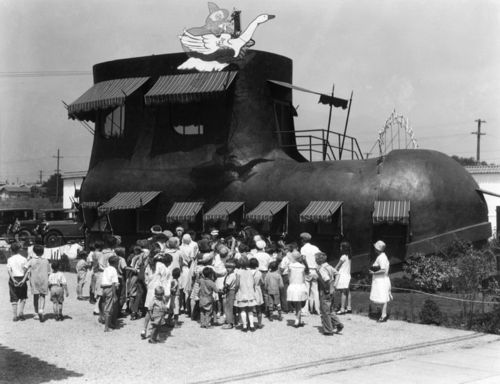 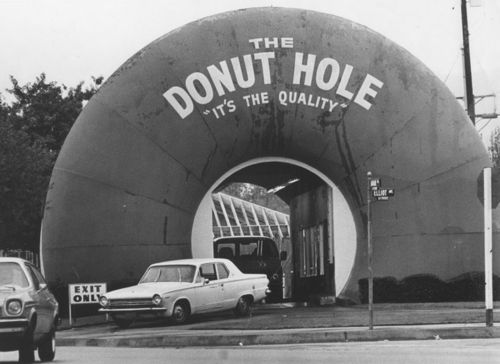 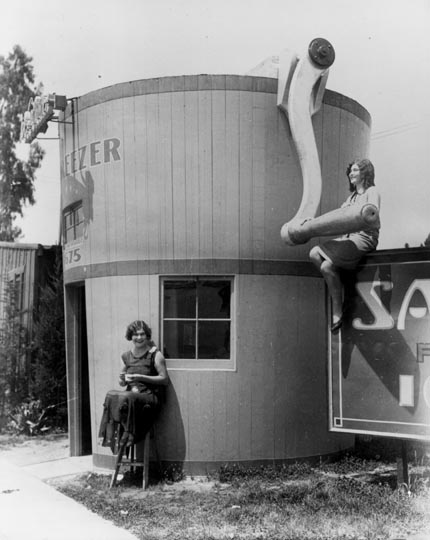 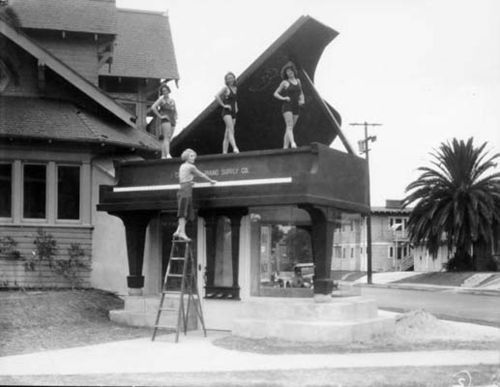 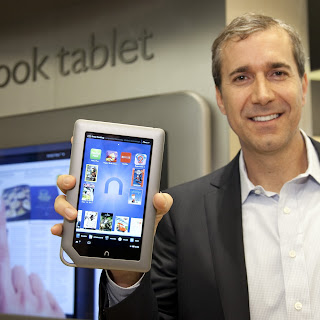 Posted by Meghan McCarthy at 11:18 PM No comments:

THEIR LOGO. MY LOGO.

The issue with this logo is that it's really two logos stuck together. The penguin is clearly bolder and it looks like it could crush the house in a second. Plus the penguin doesn't seem to give a crap about the house. It's like, "Mmm, whatever house. I'm doing my own thing over here." Not a good way to start a new company! 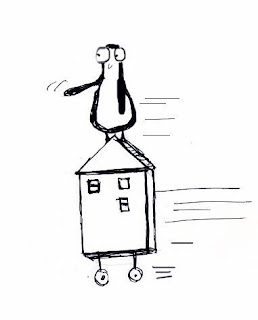 That's right. The penguin is riding high on top of the house. I simplified the house because I figured the penguin needed something smaller and easier to manage for its cartoon size. They're going somewhere. That's what the new company should be about: going somewhere! Forward motion! The penguin is pointing: He's saying, "Hey guys, this way toward success!" Did I give the penguin big eyes? Yes I did. Why? Why not. Did I give the house tiny wheels? Yes. Oh yes I did.

Posted by Meghan McCarthy at 4:46 PM No comments:

I got the official letter today. Random House has merged with Penguin. Or is it that Penguin has merged with Random? Well... either way you want to put it the decision is made: the new company will be called Penguin Random House. I think we all know why they didn't go with the reverse. Too many jokes about that one. I think if they had a huge sense of humor they would have done it.

Hmm. Now I think they need a new logo! A penguin sitting on top of a house? How about a half penguin half house? OR... a penguin taking a ride on a house! Yes! I think I'm going to draw a picture of it. I will show the results when I'm done.

Um... like I don't have other things to do?
Posted by Meghan McCarthy at 10:28 AM No comments: