People want to know why I complain about picture books going digital. I feared the worst and the worst has come true for one of my books. My book Pop looks great on the apple products but my book Balto looks TERRIBLE on the Nook. I mean it. Really, truly, awful. I want to take photos to show as an example and perhaps I can pull this off. I don't want to get caught taking photos of the device while at work though. I was told that there are two different ways that the book can be displayed on the color Nook and that the programing for my book was sent in in the ugly format. I wonder why there are two options to begin with?

So I will try to explain how it looks. The first option (the good option) is for the book to look like the book (and this is how Pop looks on the Apple products). The second option - and this is how my book Balto is displayed in an awful manner - is for the text to be removed from the art and for the book to be displayed like a novel. The art is cut up in pieces and displayed here and there--sometimes at the top of the page, sometimes on the next page, sometimes blown up X200 so that it looks super bad... and the font can be changed to anything. So basically the book is BUTCHERED in the most enormous way possible. You certainly cannot read it to a child in the manner in which it is displayed on the device. It's just a joke.

I'm sorry but these things have a LOOOONG way to go before they think they can sell picture books fairly. I'd want my money back! Grrrr.

You may not believe how bad this actually is so stay tuned for photos (if I can manage).
Posted by Meghan McCarthy at 1:48 PM No comments:

What do you think her little art and book is worth? Any guesses?

It's not in English, but still pretty to look at:

TALKING ABOUT KIDS' BOOKS FROM THE PAST

This is a cool segment talking about some old kids' books. I have a small collection of Big Little books that I started when I was working on Aliens Are Coming. I love the size of them!

Posted by Meghan McCarthy at 5:16 PM No comments:

I've been bad about posting. I'll be better! Anyway, I was at an antique store last week and picked up this book: 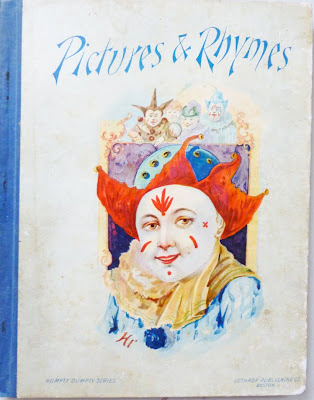 It's called PICTURES AND RHYMES
FOR BABY EYES AND EARS 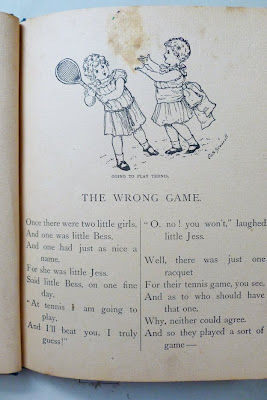 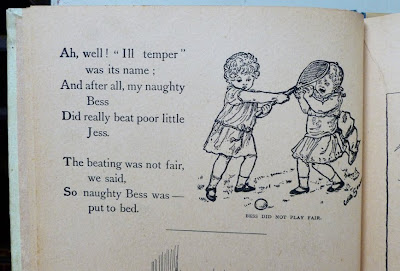 Posted by Meghan McCarthy at 5:07 PM No comments:

My new book came out last week (or so - I lose track of things). It got reviewed in the NYT Sunday Book Review yesterday. I was super excited to get the paper, which I did and lo and behold... the review wasn't in there! I was so sad! At the bottom of the table of contents it said something about - for kids' reviews go to online - So they are no longer printing the weekly kids' reviews in the paper! When did this happen? So sad. And this isn't just sad because MY review isn't in there. It will only take up a half a page! It looked like that was the only thing missing, too. When you go to the dot com the table of contents is the same only the kids' review is at the bottom. Grrr.

I'm super happy with my review but this is sad.
Posted by Meghan McCarthy at 11:34 AM No comments:


Thanks to Anna from the Blue Rose Girls who posted these on the BRG blog: 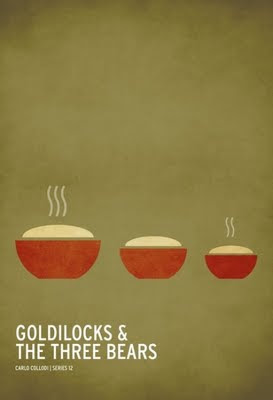 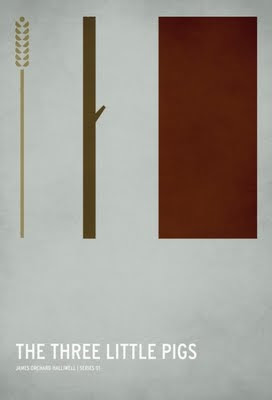 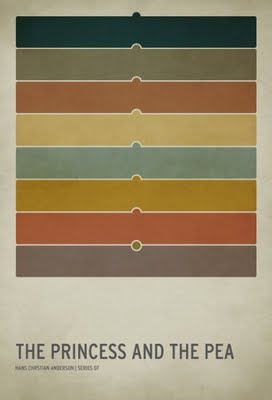 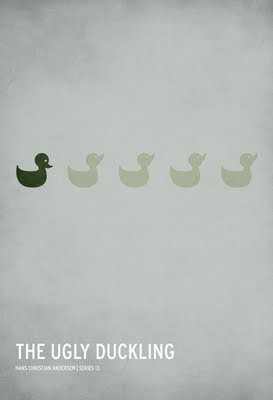 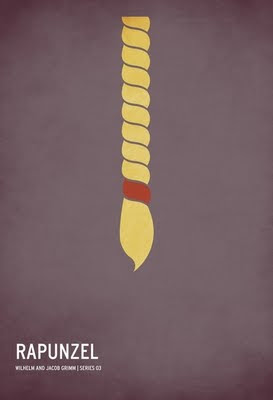 you can shop for them here.

I think they're so cool. Minimalist children's book prints! Wonderful.

I went looking for other children's book art prints. I couldn't find anymore minimalist prints but there are some nice ones: 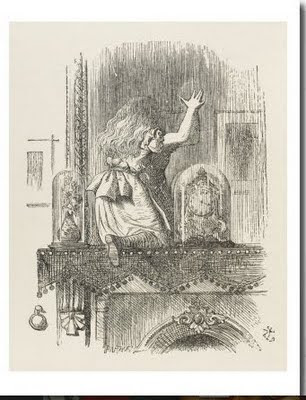 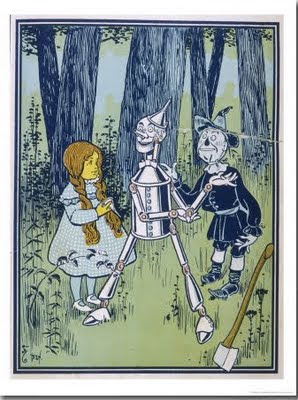 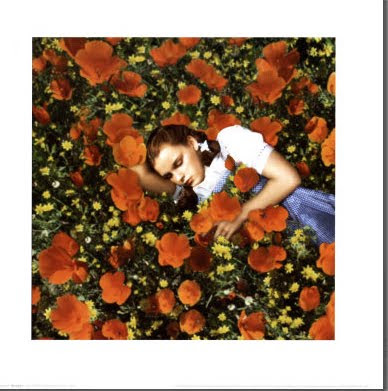 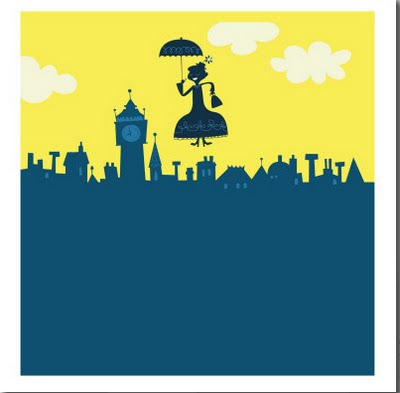 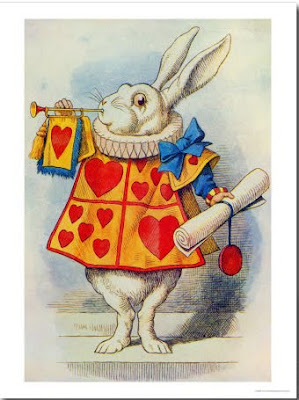 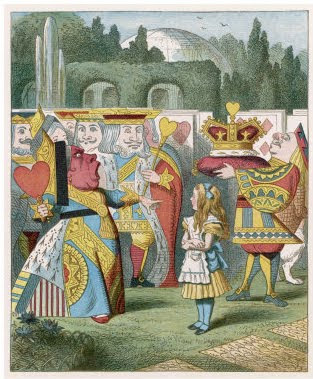 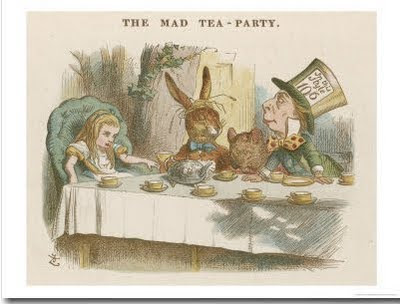 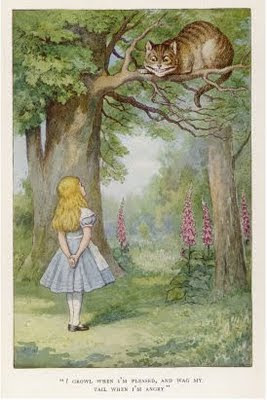 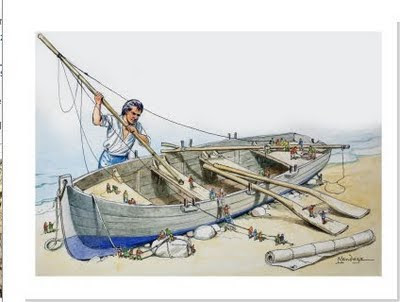 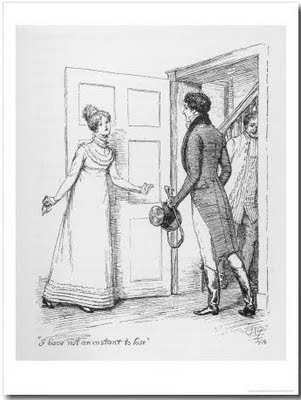 And here's something to scare the crap out of the kids: 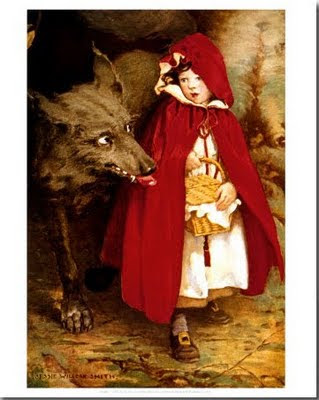 Posted by Meghan McCarthy at 12:00 PM No comments:

Why do we as authors and illustrators always search out the bad and not the good? Or rather, why does the bad always stick and the good disappear? I'm trying to change that. I'm trying not to care about the one person who said something negative about this or that and remember that most people say the opposite. It's also hard not to want to say something back - like "But.... this is why I did this, that, and the other, and this is why you're wrong." But we can't do that! Oh, blah. It's hard!

I remember the first time I got a review that said something negative. It wasn't even that bad but it was in a big newspaper and I was expecting greatness. I got so worked up that I told my editor I was quitting. She probably didn't believe me. I think everyone ignored my behavior - you know - there there, now be quiet and move on - kind of thing.

The last time I did a school visit it was hard because another artist was doing a talk right next to me in the gym and there was no sound barrier! We were competing for sound and he was drowning me out. It was impossible and I just wanted to give up. Then when he was over the kids were so loud leaving that the noise just went on and on. Then when that was over I had a Q&A. I was probably not completely on my game at that point and said "um" more than normal. Or something. None the less a student came up to me and said "Did you know that you said 'um" 67 times?'" "No, I didn't," I said.

It's tough being an author.
Posted by Meghan McCarthy at 5:01 PM No comments: 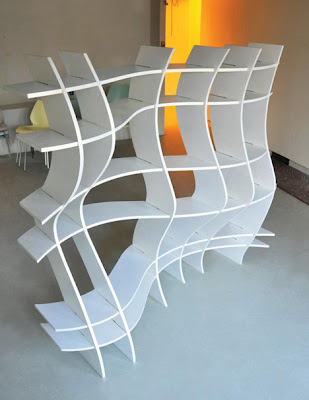 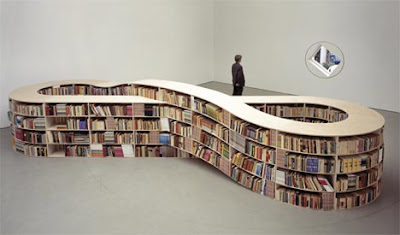 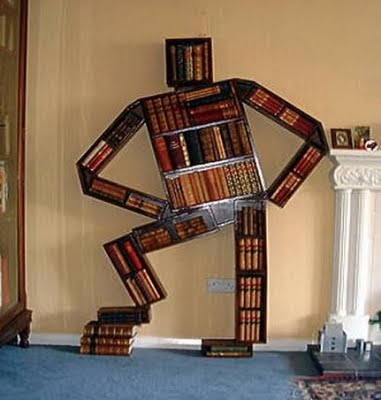 Posted by Meghan McCarthy at 4:55 PM No comments: 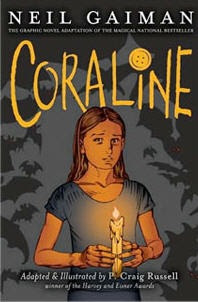 I was scanning through my bookshelves and found this. I read this a long while ago but thought it deserves mention on the old blog. I liked it. The art is nicely done and appropriately creepy. This is one of those cases where I can see why they'd get the idea to turn the story into a graphic novel. In my contracts there is a line that allows for an artist/writer to adapt my stories into graphic novel form and I always have that Xed out. It's obviously silly in my case because I am the artist/writer and I don't want my picture books in that form and if I did I'd want to do it myself! But this book totally makes sense. Gaimen did work on many projects with Craig Russell so I'm sure he had his full approval. 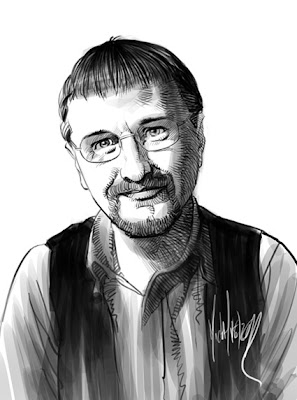 I love the talking rats. I will say that the colors are a little light and fluffy over all (the colorist is not Russell). If they were darker the book would even be creepier. Maybe the artist didn't want the book to be too creepy to maintain an younger audience? 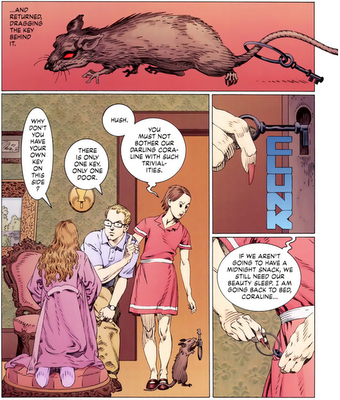 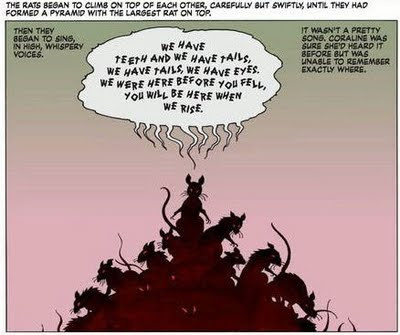 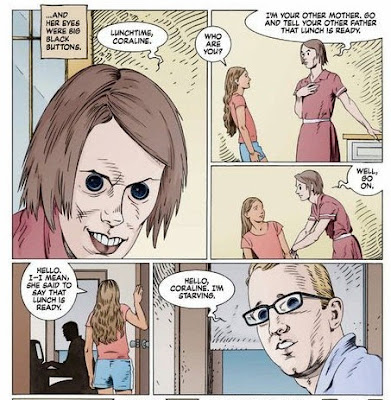 I've read the book, and the graphic novel... now I guess I should watch the movie... right?

I will leave you with Russell at work:

Posted by Meghan McCarthy at 5:10 PM No comments: