Both of my computers broke last week and I was in South Caroline for some school visits so I wasn't able to post anything. Anyhow, Jan Berenstain died today at the age of 88. Wow, she lived a long life! The first Berenstain Bear book, called The Honey Hunt, was published in 1962.

This is a film I remember from my childhood:

My sisters loved to collect the books. I wasn't that into them because I didn't like obvious messages. I was one of those kids who didn't like to be told what to do (still don't!). But I can certainly appreciate the books none the less.

I like this quote: “It’s wonderful to do something you love for so many years,” Jan Berenstain told the Associated Press last year. “Not everyone has that.”
Posted by Meghan McCarthy at 1:13 AM No comments: 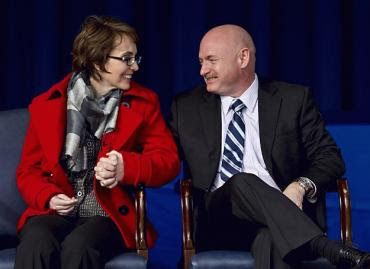 Mark Kelly, former Rep. Gifford's husband, is signed up to write a picture book about a mouse who goes into space called Mousetronaut: A Partially True Story. It will be illustrated by C.F Payne. "While in space the astronauts are busy with their mission when only the smallest member of the crew can save the day," said a statement released this week. Kelly said that writing "Mousetronaut" was "fun" and "not as emotional" as his wife's memoir.

Everyone wants to write a children's book. I guess they imagine it is a fun thing to do. Parts of it is. But if you make it your career it can be stressful and some parts of it are not fun. But I guess if it's a side hobby and you don't go through agonizing rewrites then it could be called "fun."
Posted by Meghan McCarthy at 5:17 PM No comments:

I've decided to post new fun bits from the past when I find them since I write nonfiction and all. I was watching Storage Wars and found out something really funny. In the 40s and 50s they made sunglasses for chickens! And today they are valuable. Check out this video. Watching a chicken wearing them in color is even funnier but this old B&W one gives you the real deal:

Posted by Meghan McCarthy at 2:32 AM No comments:

WOULD I PICK UP THIS BOOK OR NOT?

Fuse #8 did an interesting post about different versions of book covers – UK vs US, etc. I really liked looking at the difference between them, and, of course, I have my own opinions. I haven’t read any of these books so this is purely based on the covers. I’m calling this: WOULD I PICK UP THIS BOOK OR NOT?

Here we go:
Life - here symbolized by a leaf - is peaking through a long winter… this means there is promise of hope...but then there is barbed wire, subtly hidden along the edges, which a viewer might miss upon first glance. I’m not sure what it’s supposed to mean - some sort of pain or literal imprisonment? It looks boring to me. I know there’s barbed wire there implying that there must be something that goes on of interest but it’s just too subtle. I mean, I don't want to read about about a new sapling. I would walk right by this book. 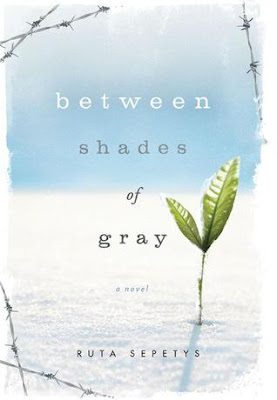 Yeah, this one hits you over the head – and the tag line does it even more so – “Have you ever wondered what a human life is worth?” But sometimes you need to hit the shopper over the head. People walk past shelves really quickly. I immediately see this cover and think three things: COLD, ALONE, PAIN. I’d wonder what this book is about. 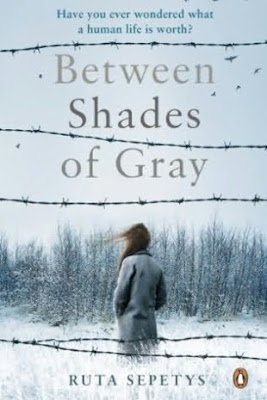 Hmmm. I like the colors. The rocket is very phallic. The title is so small I can’t see it. I’m not sure if I’d bother to pick up this book or not. 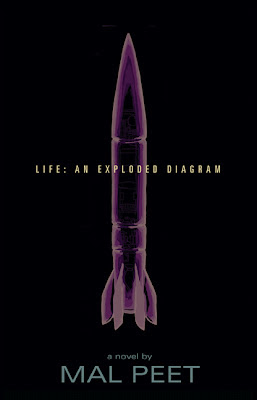 (US COVER)
This is a completely different take. The designer decided to go with a font only approach, which is a very adult fiction thing to do. I do like the font. It’s fun to look at. I have to say that once again, I’m going to vote that I’m not sure if ‘d pick up the book based on this cover either. 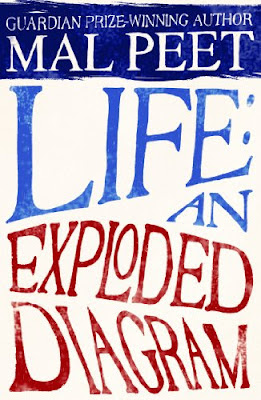 Neither cover above tells me what the book is about. Why is that? I think of the two I'd go for the first. It's more interesting. There are a million covers that have funky fonts that take up the whole cover. That whole thing is really played out to death - and it's an adult theme for sure.

Below are two VERY different takes on the same book.

This is a very juvenile looking cover. The child looks young. It’s a playful looking cover. I think if Jack Gantos’s name wasn’t in skywriting it wouldn't look so young to me. I’d put it in a big black font that matched the font in the “Dead End” sign. That would make the cover look a little more edgy. I think that’s my issue. It seems a little too Beverly Clearly to me. I kept flip flopping on this one but ultimately I don’t think I’d bother picking up the book based on this cover. It looks… eeek… boring. Or like something that’s already been done a dozen times before. 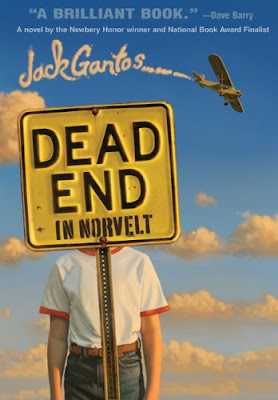 The next version is the COMPLETE opposite. This looks very syphofisticated and adult like. I love the tagline “Welcome to the World’s deadliest town…” That definitely makes me want to read the book. The skeleton looks very Day of the Dead to me. The skeleton looks a little silly so maybe the book has some humor to it? I’m not sure. I might want to read the book but more based on the tagline. 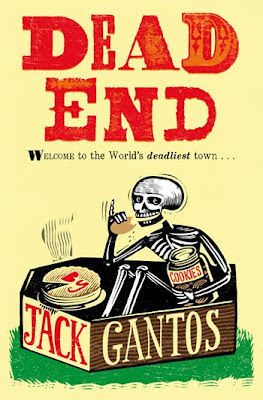 These three covers are interesting.

The first one: Boring. Very adult. It looks like a romance novel cover. This I would not even glance at. 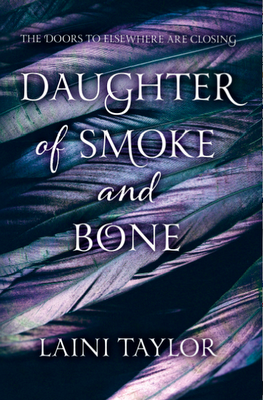 I’m intrigued by the second two. The first says danger and mystery. The second is very trippy. I love the second cover because it’s so unique. I’d definitely vote for the second. I want to know more about the character just staring at it. Is she human? Monster? On drugs? Who is she a daughter of? I don’t have these questions based on the other two covers. It's a 3D glasses trip to stare at this cover and who wouldn't want to take that home? 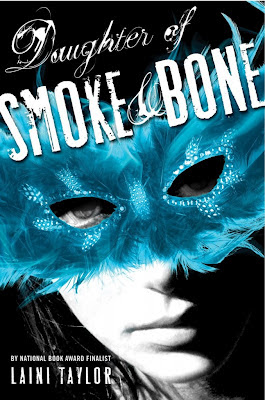 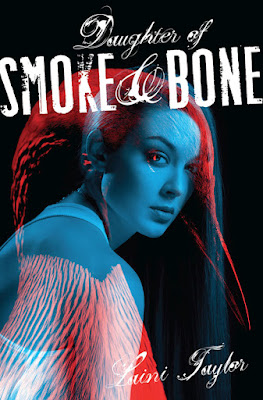 The green one is boring and typical. The viewer is looking straight at the person on the cover. I don’t want to know more about her. The background is boring. There’s nothing of interest going on there. And the whole thing makes the title boring too. 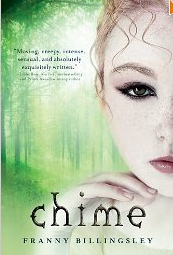 This cover is more interesting. There seems to be a root like hand crawling on her chest. And the character is wearing chocker that ads mystery and intrigue. The colors are very nicely balanced as well. The brown fades into the background allowing the blue title to jump out at you, meanwhile, the characters dark eyes have this piercing quality that catch your gaze and don't let go. Your eyes end up flip flopping between the font and dark eyes - It works well. 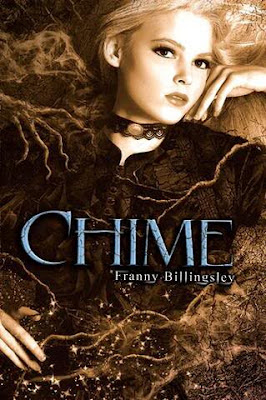 This third cover, however, is the one like best. It is the most mysterious. There’s something strange going on in the background but I can’t qute see what it is - an odd yellow light coming from the trees - yet the character is walking toward it. She’s wearing a long white gown, which is earie looking. I want to know where the character is going, what she is involved in. That’s a cover that works.

Read Fuse #8's post on this same subject because she has very different opinions!
Posted by Meghan McCarthy at 1:31 PM No comments:

I was looking for some old photos and stumbled upon a blog called OLD PICTURE OF THE DAY. It's pretty neat. There's a photo per day with fun information below. There are a lot of photos to go through! 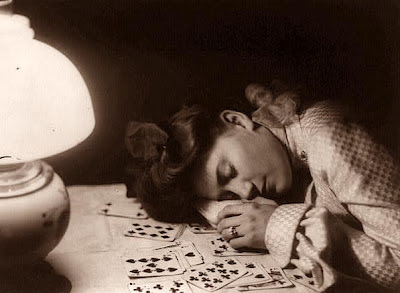 "We wrap up Domestic Activities Week with this picture. The photo is from 1904, and it shows a woman napping at her table at the end of a busy day. Hope you all have a wonderful weekend, and get plenty of rest."

I will end this by saying that I hope you get plenty of rest as well. There will be no rest for me as I am trying to get done a new and exciting project! Well, I hope it's new and exciting. Though I might go to bed early because I got up early, which I never do, but that's another story...
Posted by Meghan McCarthy at 7:54 PM No comments:

Posted by Meghan McCarthy at 4:56 PM No comments:

Posted by Meghan McCarthy at 4:21 PM No comments:

I'm working on an idea about a boxer and I wanted to open my book-to-be with kangaroos boxing men. This was done in the 1800 and 1900s. And, of course, the wonderful youtube has some clips!

This one looks in good fun:

While this looks like serious business. Not play acting at all:

Kangaroos have very strong legs and could knock out the strongest of men. Interesting stuff. This practice of men fighting kangaroos was done away with in the mid 1900s.

I love writing nonfiction for this reason. You never know what you might learn!
Posted by Meghan McCarthy at 3:06 PM No comments: