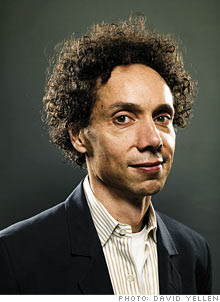 While I was working the other day I listened to part of an NPR interview with Malcolm Gladwell on Talent (the second time - couldn't listen all the way through again because of irritation). Esentially, what Gladwell believes to be true is that Talent boils down to the LOVE and desire to want to master the craft. He has formulated a "rule" so to speak. The 10,000 hour rule. He thinks that it takes 10,000 hours of practice to master the craft. But more than this, he believes that it is the love of something--the desire to put in that amout of hours--is what makes the talent. Here is a quote:

"Talent is the desire to practice. Right? It is that you love something so much that you are willing to make an enormous sacrifice and an enormous commitment to that, whatever it is -- task, game, sport, what have you."

I am here to say that I think his theory is incorrect. This is why: I know quite a few artists who do not love what they do. I know a lot of people who WANT and DESIRE and would LOVE to be successful at something... say art but do not have that THING to take themselves to the next level. You can practice, practice, practice until you're blue in the face but if you're not born with talent then you won't get to the next level.

I'll give drawing as an example: I think anyone can learn how to draw... and I tell kids this all the time.  However, there are different levels people can get to. I think someone with very little talent will be able to draw various basic shapes, learn how to shade in the correct manor, but they probably won't get much farther than that. Someone with mediocre talent will get much farther, but they'll never get to the professional level. Someone with a lot of talent will get to the professional level, BUT only with a lot of practice. Without practice, they'll remain at the same level as the person with the mediocre talent.

As far as Gladwell's theory that you must LOVE what you do. That's not correct. I think when you're born with a talent you feel a NEED to do it, not necessarily a LOVE of it.  Sometimes I think it's a burden. It can be stressful, it's not always fun, but it's always THERE. I heard an interview with Andre Agassi and he said he hated playing tennis. But he was great at it! Go ask Gladwell about that. And go ask Gladwell about all of the people who LOVE playing the guitar and play in bands and have put in 20,000 hours of practice but will never be great. Why not? Hmmm. Let's think about why. Genetics have a big part to play in this.

Posted by Meghan McCarthy at 12:03 PM