For six months, I worked with other investigators to solve the mystery of the disks. We checked a hundred sighting reports, frequently crossing the trail of Project "Saucer" teams and F.B.I. agents. Old records gave fantastic leads. So did Air Force plans for exploring space. Rocket experts, astronomers, Air Force officials and pilot gave us clues pointing to a startling solution. Many intelligent persons--including scientists--believe that the saucers contain spies from another planet.


What is this from you may be wondering? Well, it's from a book called FLYING SAUCERS ARE REAL printed in 1950.

The copyright hasn't been renewed so it's free for all to read. How did I get to be reading it? The subject of my book, Betty Skelton--stunt pilot, race car driver, potential astronaut, etc.-- read this book and perhaps believed in men from outer space! Huh. Go figure. She said so in an oral interview done by C-SPAN. What I find so interesting about nonfiction is that you never know where it may take you. I learn so much. I also read about the Utah Salt Flats today and how when Betty was driving to beat the speed record she got much salt in her mouth and face because the car was an open cockpit and she was going over 300 miles per hour. 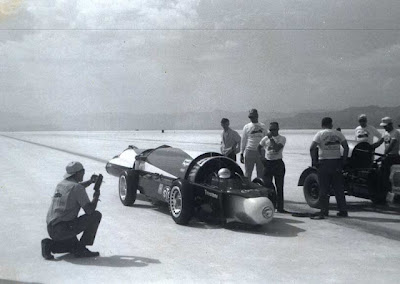 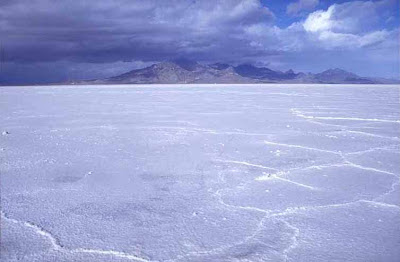 It's hard to write nonfiction because not everything is a neat package. You want your story to fit together like a nice puzzle but life doesn't always flow the way you want it to and it takes turns that you would rather it not take. But the cool part is all the discoveries--the fun and bizarre.
Posted by Meghan McCarthy at 6:04 PM