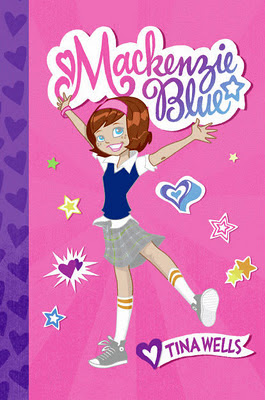 As you can read from my two earlier blog posts, I've found some blatant advertising in a recent popular children's series. Is this a new trend? Is this going to be a way to make more money for publishing companies?

I found the below comments on a site called COMMERCIAL ALERT - "Protecting communities from commercialism."

HarperCollins Children’s Books recently announced plans to publish a new series of books targeted at 8- to 12-year-olds featuring a character called “Mackenzie Blue.” Although touted by the publisher for teaching kids about protecting the environment and promoting global understanding, the Mackenzie Blue series actually aims to be a vehicle for delivering commercial messages, through product-placement hidden advertisements, product tie-ins, and affiliated multi-media corporate sponsorships. The author of the series, Tina Wells, is chief executive of Buzz Marketing Group, which specializes in marketing to children and adolescents.

Book publishers should not be exploiting children for commercial gain. Books should educate and entertain children — not encourage them to buy a particular brand of shoe or soft drink.

Tell Susan Katz, publisher of HarperCollins Children's Books, not to publish "Mackenzie Blue" unless all product placements and tie-ins with external advertisers are removed"

This was obviously written before the series came out. They also wrote this letter:
Commercial Alert Letter to HarperCollins Children's Books Regarding "Mackenzie Blue"

After HarperCollins Children’s Books announced its intent to publish a series of children’s books entitled “Mackenzie Blue,” Commercial Alert sent the following letter to Susan Katz, publisher of HarperCollins Children’s Books, opposing the decision. According to news reports, the “Mackenzie Blue” series will be infiltrated with product-placement hidden advertisements and will be designed effectively as a marketing vehicle for big companies. Commercial Alert is a Washington, D.C.-based non-profit that seeks to limit excessive commercialism in society.

Following is the text of the letter:

I am writing from Commercial Alert, a nonprofit organization based in Washington, DC that is concerned with excessive commercialism in society, and particularly the impact on children.

We are appalled at your recently announced plans to publish a new series of books targeted at 8- to 12-year-olds featuring the character “Mackenzie Blue.” According to news reports, the Mackenzie Blue series of children’s books will be infiltrated with product-placement hidden advertisements and will be designed effectively as a marketing vehicle for big companies.

We urge you to abandon these plans immediately.

Your news release touts the Mackenzie Blue series for teaching kids and especially girls about how to relate to peers and develop a positive self-image, and helping them build an environmental consciousness.

These purported objectives of the series are totally incompatible with the overriding commercial partnering strategy of the series.

Excessive commercialism in youth culture is undermining kids’ self-esteem, as it substitutes an inventory of what they possess for the developmental challenge of defining who they are. It teaches children similarly to judge classmates and peers based on what they wear and how they appear, interfering with their ability to relate to others based on their unique personalities and to appreciate diverse personalities and styles. Excessive commercialism is heavily correlated with the youth obesity epidemic. And, of course, the commercial influences and the emphasis on intensified consumption is incompatible with the fundamental ecological challenges facing the planet.

Beyond these specific concerns, marketing to young children is wrong for the fundamental reason that—even in a technology-heavy environment—many kids under the age of 11 do not have the ability to discern advertisements and promotions from entertainment and life experience. Hidden advertisements, such as product placements, and integrated multi-media marketing strategies make this line-drawing that much more difficult.

Children and adolescents are already assaulted with advertisements on a daily basis—books, of all things, should be a haven from the commercial assault on kids. Books should educate and entertain children, not serve as a vehicle to deliver hidden marketing messages encouraging them to buy a particular brand of shoe or soft drink or cosmetics.

The Mackenzie Blue concept is a horrible degradation of the honorable field of publishing. If there is virtue in the Mackenzie Blue story concept, it will only be redeemed by liberating it from the commercial entanglements your plans seem to envision. We strongly urge you to remove all product placements and eliminate all tie-ins with external advertisers before proceeding with your publishing plans.

I have NOT read this series so I cannot personally comment. I will look over the books this weekend and then give you my personal opinion.

I did find a NYT article on the subject:

"In Books for Young, Two Views on Product Placement

By MOTOKO RICH
Published: February 19, 2008
Specifying a character’s brand of lipstick, shoes or handbag is a commonly accepted way to add an aura of reality or consumer aspiration to books aimed at young readers: just think of “The Gossip Girl,” with that series’s abundant references to Prada and Burberry. But what if writers and publishers enlisted companies to sponsor those branded mentions, as is the widespread practice in Hollywood?

Authors of two book series have come to separate conclusions: in one case, the writers tried it and then changed their minds; in the other, for a new series to be published next year, the author, who owns a marketing company, said she planned to give corporate sponsorship a chance...

In “Mackenzie Blue,” on the other hand, a new series aimed at 8- to 12-year-old girls from HarperCollins Children’s Books, product placement is very much a part of the plan. Tina Wells, chief executive of Buzz Marketing Group, which advises consumer product companies on how to sell to teenagers and preteenagers, will herself be the author of titles in the series filled with references to brands. She plans to offer the companies that make them the chance to sponsor the books.

Ms. Wells said she would not change a brand that she felt was at the core of a particular character’s identity merely to cement a marketing partnership. “Mackenzie loves Converse,” she said, referring to the series’s heroine and the popular sneaker brand she favors. “Does Converse want to work with us? I have no clue. But that doesn’t negate the fact that Mackenzie loves Converse.”

However, when asked what she would do if another sneaker company like Nike (one of her clients) wanted to sponsor the books, she said, “Maybe another character could become a Nike girl.”

For the full article go here.

Obviously the series started out a good number of years ago. But what I'm wondering now is with kids having cell phones and those bar codes at the back of books and now with bookmarks ADVERTISING PRODUCTS IN THE BOOKS what's stopping kids from ordering things right from the bookmark and the parent getting a nice bill? 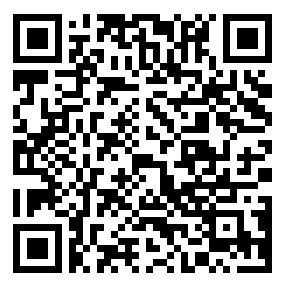