THE STORY 0F THE PIED PIPER

I found this book in an antique store. I have no idea what the date is on this. It says "copyright MCMXXXVIII" Um... I don't know. I'm really bad with roman numerals. I didn't pay attention in school that year. Maybe someone can help me out with this!

Anyway, here are some interiors of THE STORY OF THE PIED PIPER (the little color classics). 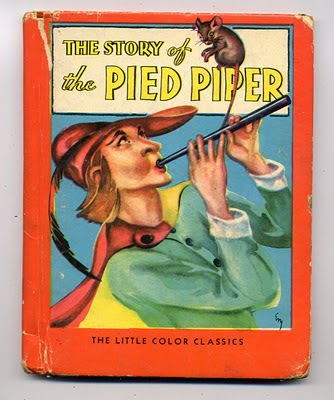 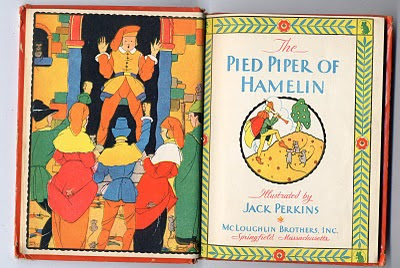 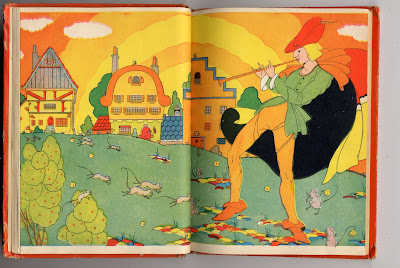 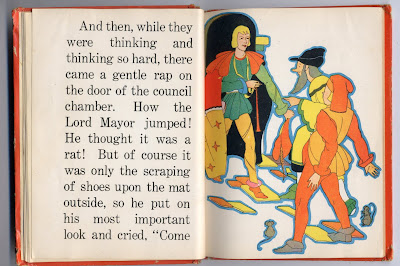 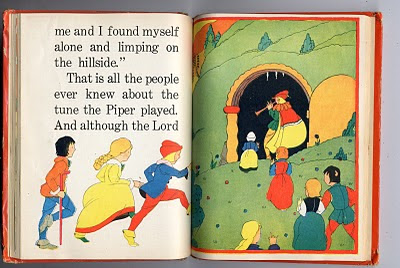 Here are some older images of the Pied Piper:

"The oldest picture of the Pied Piper copied from the glass window of the Market Church in Hameln/Hamelin Germany (c.1300-1633)." 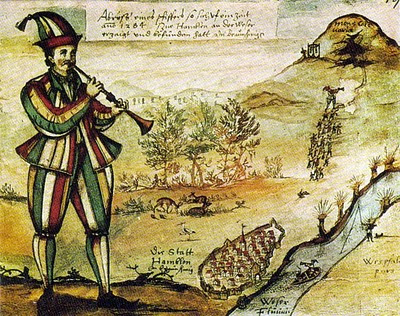 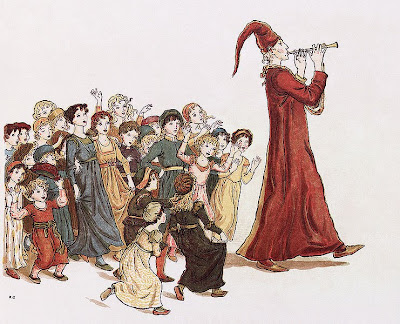 This came from Wikipedia:
"The story may reflect a historical event in which Hamelin lost its children. Theories have been proposed suggesting that the Pied Piper is a symbol of the children's death by plague or catastrophe. Other theories liken him to figures like Nicholas of Cologne, who lured away a great number of children on a disastrous Children's Crusade."

This is another interesting story that became something told to children that would never be published as an original story today! It's strange that many tales from the Middle Ages turned into fables and children's stories that usually involve the children dying at the end or potentially dying at the end.
Posted by Meghan McCarthy at 5:09 PM

Email ThisBlogThis!Share to TwitterShare to FacebookShare to Pinterest
Labels: antique books, book review, fables, The Story of the Pied Piper