I keep thinking about how I could write about my medical experiences. I've gone through it all - including 2 spinal taps! But there are many things to consider. Do I do it in graphic novel form? Do I make it funny? Serious? How do I handle it? Then I came upon this book: 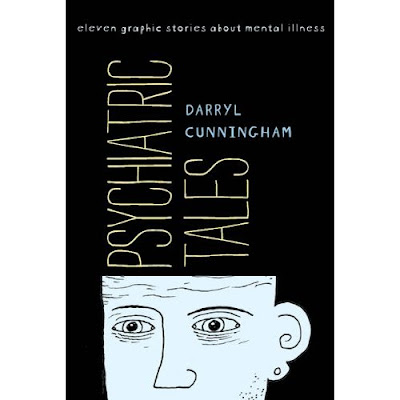 It's definitely a serious take on things. They are short tales about mental illness, such as "Dementia Ward," and "Cut." I laughed out loud when I read the doctor asking the Alzheimer's patient to spell word "world" backward. That's what the neurologist asked me to do. Um... I won't tell you all how I did. But thus far I think the book is interesting and the "Dementia Ward" reminds me of my brief job in a nursing home (this was when I was 16 and didn't last long!). I'd say that even though this is shelved for adults, teens could easily read it, especially considering some of the content for teens out there. The Dementia Ward has some potty stuff going on and of course a section like Cut is about cutting, but if a teen is interested in what really goes on then I think they'll think it's pretty fascinating stuff. It might even give them insight into what a job might be like if they worked as a nurse or PA in one of these hospitals or nursing homes.
Posted by Meghan McCarthy at 4:04 AM